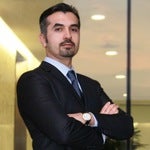 A native Californian and proud American, Iman Jaffrey has had a passion for law since he was a child. Iman Jaffrey grew up in Sacramento, CA, where his father was a mechanic and a business owner, and mother was a school teacher for underprivileged children. He saw both of his parents treating people with love and respect regardless of their wealth, race, or religion.

Iman Jaffrey has gained distinction among his peers for his integrity, compassion, and understanding of people and how they think and operate. This not only helps his clients when having their cases heard in front of jurors, but also when he represents their interests in the crucial pretrial litigation stages.

His background in journalism and international development give him a unique skill set as a strong writer and communicator, and provide him cultural understanding that gives him an advantage in the diverse and competitive southern California legal market. Iman Jaffrey brings his unique experience and expertise to every case he handles.

Iman Jaffrey holds a Juris Doctorate from Southwestern Law School, a Master's degree from the University of Denver, and a Bachelor's degree from CSUN. He has served in the United States Peace Corps, and in the California Department of Parks and Recreation. He was a Certified Law Student for the Los Angeles County District Attorney's Office, and clerked for some of the most well-known and respected Criminal Defense attorneys in Los Angeles.

Thank you for contacting us. We will get back to you shortly.

Please complete all required fields below.

Call To Schedule a Free Consultation