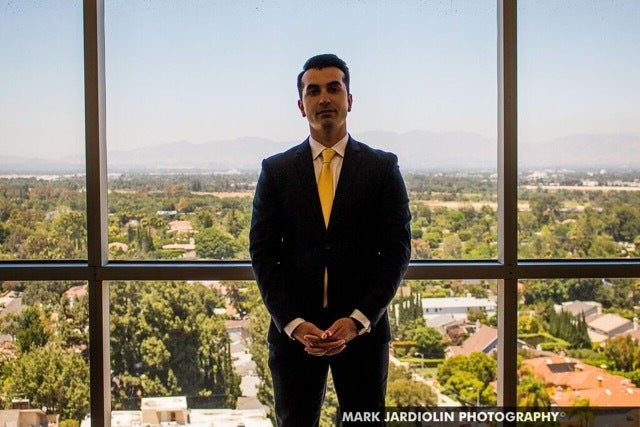 In this day and age, it can be hard to find an honest lawyer who cares about your case and works tirelessly to fight for your case. Time and time again, Iman Jaffrey Law has done just that for it's clients.

Iman Jaffrey Law is headed by Iman Jaffrey, Esq. Iman Jaffrey is a Los Angeles native who loves helping people and fighting for justice. From his experience serving in the United States Peace Corps, (Kyrgyz Republic-2010), Iman realized that the his passion would best serve his fellow community members by helping them in what are probably the most difficult times of their lives. His only hope is to continue doing the work he loves and contribute to his community.

Iman Jaffrey is fluent in both Spanish and Farsi, so if you are a loved one need help and do not speak English, Iman Jaffrey still has your back.

LEAD COUNSEL Specialities: Criminal Defense, Personal Injury A native Californian and proud American, Iman Jaffrey has had a passion for law since he was a child. Iman Jaffrey grew up in Sacramento, CA, where his father was a mechanic and a business-owner, and mother was a school-teacher for un...

Thank you for contacting us. We will get back to you shortly.

Please complete all required fields below.

Call To Schedule a Free Consultation